My new book Pancreatic Care Package is now available to purchase from West Vine Press. Go here to read a preview of the poetry collection, or go here to purchase directly. 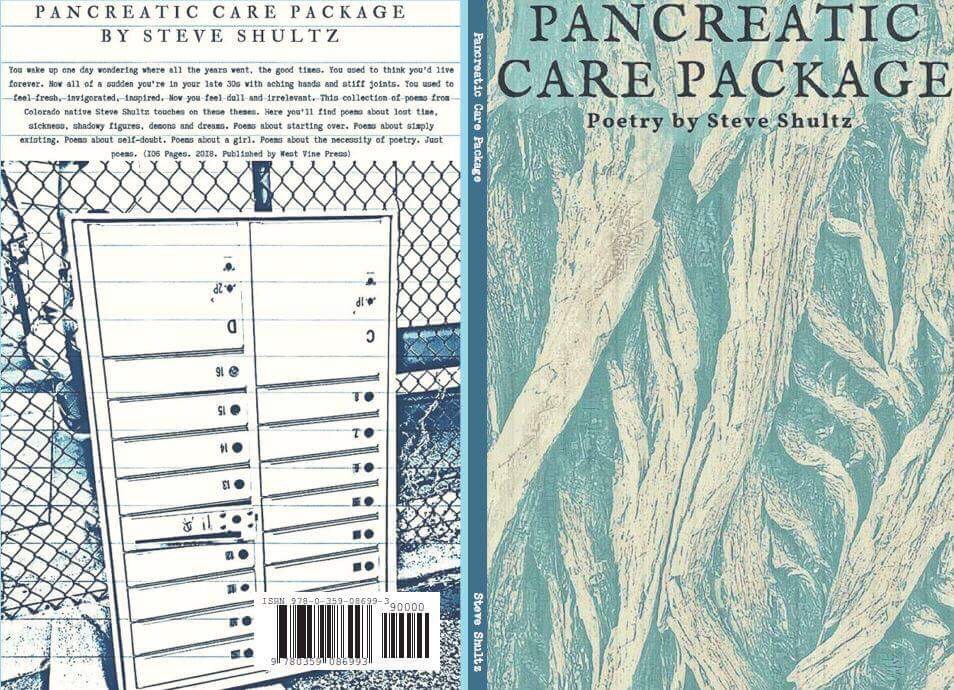 From back of the book: Within this collection from Colorado native Steve Shultz, you’ll find poems about lost time, sickness, shadowy figures, demons and dreams. Poems about starting over. Poems about simply existing. Poems about self-doubt. Poems about a girl. Poems about the necessity of poetry. Just poems.

ABOUT POET: Steve Shultz read a lot of Hunter S. Thompson in college, which inspired him to declare a major in print journalism. He had some great times as a designer and reporter at some of Colorado’s major newspapers, and had some fun times going to free concerts in exchange for reviews. The decline of print journalism led him to pursue a lengthy vacation in the name of finding his “next chapter,” and somehow, he ended up as a mailman. Writing has been there all along the way. 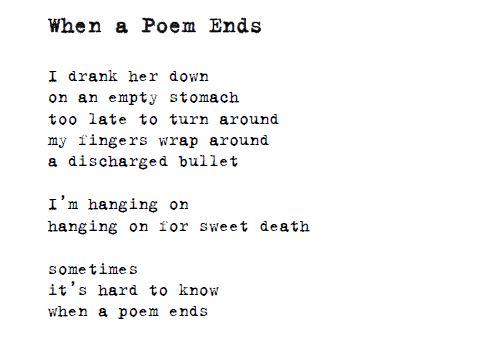 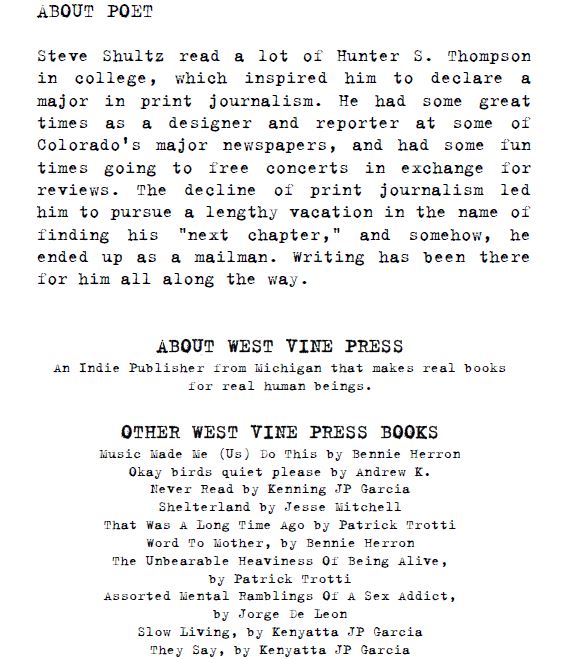 All writing and photography by Steve Shultz. Copyright © 2012-18, all rights reserved.