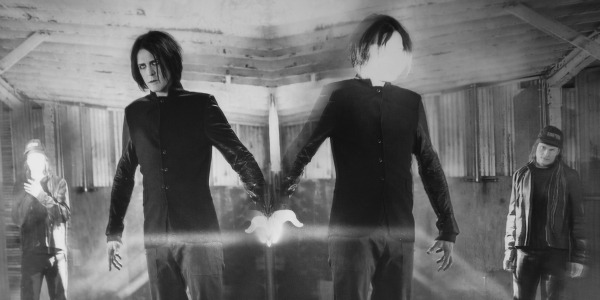 Last week I got to interview one of my biggest creative/musical inspirations, Nivek Ogre of Skinny Puppy. He talked about his fascination with the horror genre, the end of the world and a secret project he’s working on. He also hinted at a new ohGr album.

You speak out on a number of issues, like animal rights and, most recently, the Fukushima Daiichi nuclear disaster in 2011. From the band’s onset, what was foremost in your mind – being an artist or being an activist?

I never considered myself an artist. Animals obviously were one of the most important things to me because the abuse of animals when I was young was horrifying to me, and factory farming, vivisection – all of these things.

The idea of Skinny Puppy at the beginning was life through a dog’s eyes and seeing things and not being able to really speak, and you just bark, you just yell, and that’s all you could do. So that kind of was the initial thing, as well as a childish sort of need to want to scare people or freak people out or wake people up.

Click here to read the full Q+A I did for Reverb.

I also had a chance to catch their show with Youth Code on Nov. 18 in Boulder. Click here for my review.

I need it
now;
immediacy

All writing and photography by Steve Shultz. Copyright © 2012-18, all rights reserved.